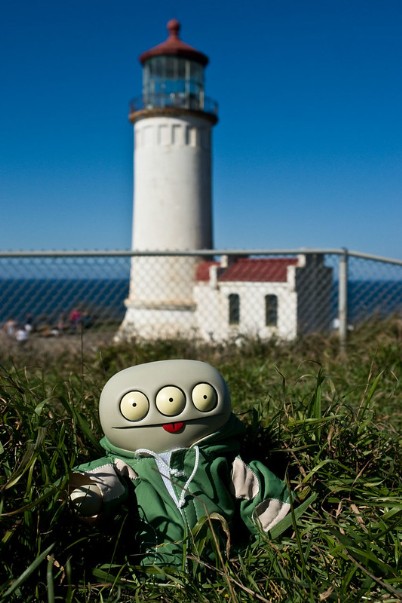 Cinko decided that he wanted his photograph taken with North Head Lighthouse in the background, upon getting closer to the lighthouse he complained a little about the fencing in the way of the shot, but after he felt some of the strong gusts of wind blowing in off of the Pacific Ocean he knew that they were there to keep people (and uglies) safe.

"Does I looks more like I is adventurising in this longs grass?", he asked the seasoned Adventurer, Turtle who nodded his approval back at Cinko who waved for the camera.