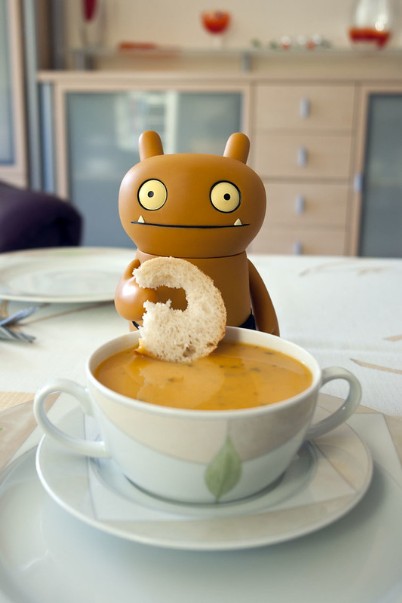 Wage wanted to make sure that my first dinner back home in Aachen would be a good one, so he slaved away in the kitchen all day making my favourite soup for me.  I had better let him explain it for himself:-

"I knows that you likes pumpkins soups very much, so I wents to the locals supermarket to finds pumpkins, and afters visiting 6 differents shops I couldn't finds any pumpkins at alls!  I was abouts to gives in when a friendlies person asked me what I was lookings for in German...".

"Thankfully she understoods me and shows me that in Germany they calls them by a funnies name, Kürbis".

Once Wage was home he set about making the Pumpkin into a delicious soup and it that wasn't already filling enough a huge dish of Lasagne was on the table next.

I think he's happy to finally have me home again for a while!