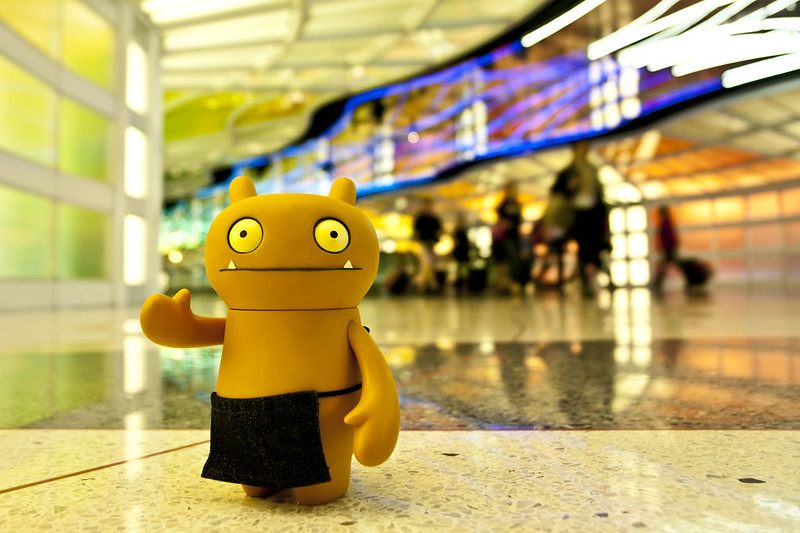 Ever since Wage saw my photograph from the underground passageway which connects concourses B and C together at Terminal 1 of O'Hare Airport in Chicago he wanted to see it with his own eyes.

"I just loves the colours and the lights which all goes wheeeeeee ups and downs the passageways", he explained to a few passengers who stopped to say hello.

We ended up spending around half an hour down there taking photographs, as every time I suggested we head to our departure gate Wage found another cool angle to take a photograph from.

As you can see Wage gave the location a big thumbs up and the "Ugly seal of approval"...

p.s. Pic was taken on Friday, but uploaded on Saturday as I only just reached my hotel in the last half hour :)