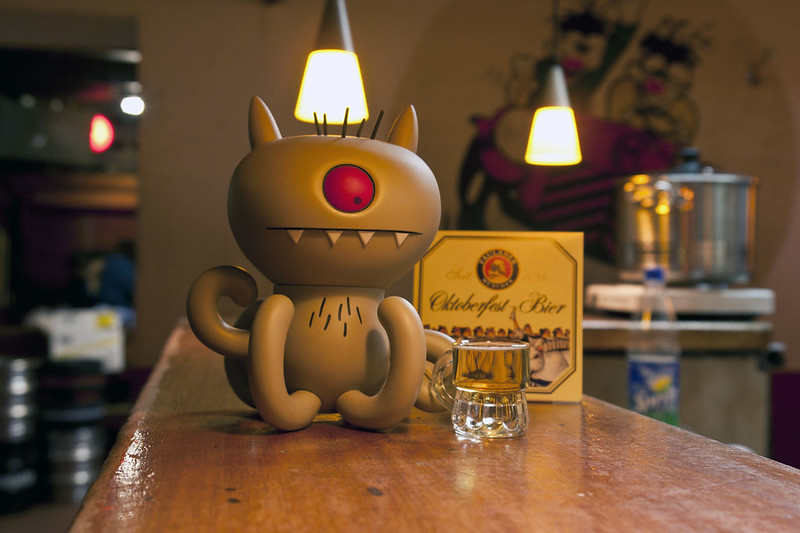 When Target heard that we would be at an Oktoberfest Party he was straight on our case about coming along too.

For those of you who can remember the fiasco that we had to deal with in November last year when Wage got himself completely hammered you'll already understand our hesitancy at saying yes to Target.

Just as Mireille was trying to explain our concerns to the little guy he revealed his awesome little beer glass which he said, "Means I only drinks just enoughs without going crazies, you don't needs to worry, ok!".

Sure enough he stayed true to his word and only drunk as much as he could manage via the small glass, which was always full of Oktoberfest Bier from Paulaner.