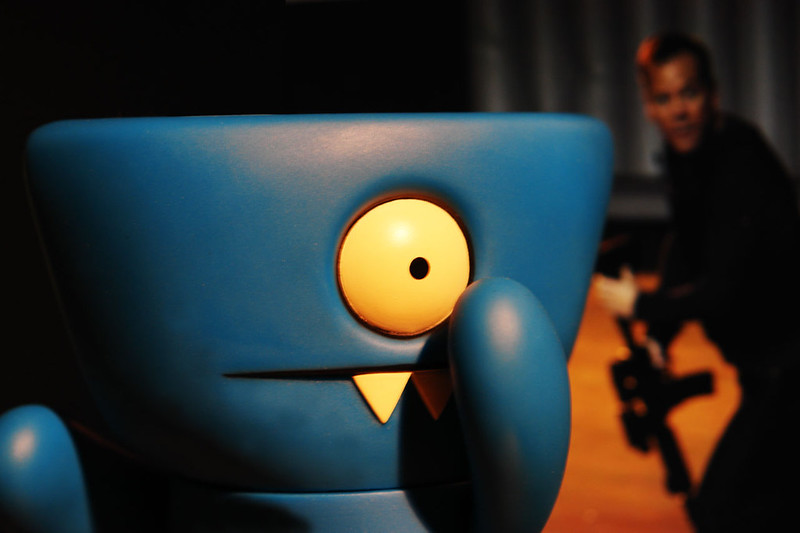 As I've already explained previously, wedgehead is possibly one of the worlds biggest jack bauer (from the hit TV show 24) fans.

In last Sundays episode Jack was shot, which as you can imagine threw the little blue guy into a fit of hysterics, he was so overcome by the apparent death of his idol that he didn't even realise that Jack was back on his feet again a few minutes later (thanks to his bulletproof vest).

He didn't even want to believe the rest of us that Jack was still alive, it took us pinning him down to the sofa and replaying the episode again for him to believe us, and as you can imagine he's now full of happiness again!