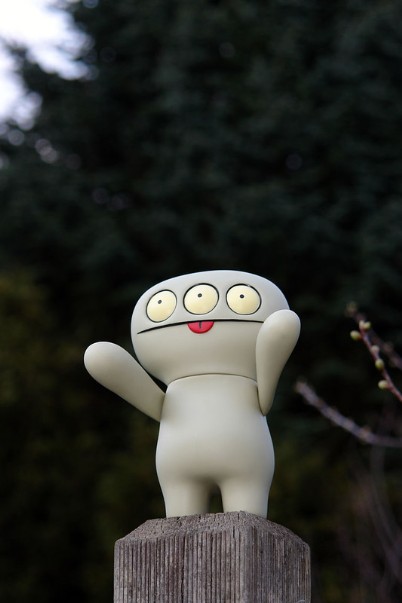 I suppose I should have thought more carefully before deciding on what film we were going to watch on Sunday night, and with us only being around 5 weeks away from our May holiday on the Isle of Skye off the West coast of Scotland I decided to put Braveheart on (especially for the newer guys who had unfortunately missed out on our trips last year).

It's been so funny listening to them all put on their best Scottish accents and say random stuff like, "Where are you goin?" followed by, "Ah'm away tae pick a fight".

By far the funniest of all has been Cinko's stories that he's been coming out with, he's sure that in a past life he was in fact none other than William Wallace as anytime the others refer to him as Cinko, he keeps replying with, "Ah'm William Wallace".

He took this to all new heights tonight by standing in the garden on top of a post with Babo standing nearby being the random guy in the crowd, here's theie dialogue:-

[Cinko] "I am William Wallace. And I see a whole army of my countryuglies, here in defiance of tyranny! You have come to fight as free uglies. And free uglies you are! What will you do without freedom? Will you fight?"

[Cinko] "Yes!  Fight and you may die. Run and you will live at least a while, and dying in your bed many years from now, would you be willing to trade all the days from this day to that for one chance, just one chance, to come back here as young uglies and tell our enemies that they may take our lives but they will never take our freedom!"

The noise that little guy can make while shouting "Freedom" at the top of his little lungs is nothing short of spectacular, he's even starting to draw in quite a few of the local villagers here to help him out...