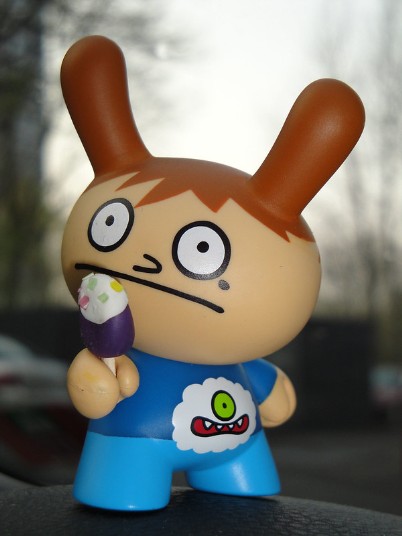 As I walked half asleep to the car from Mireille's apartment this morning I didn't even notice that there was someone standing behind the car.  It wasn't until I put the car into reverse and started moving backwards that the parking sensors starting beeping, which woke me up in a hurry and saw me drop back into neutral and pull the handbrake back on.

I looked in all 3 mirrors and couldn't see anyone or anything behind me, so I put it back into reverse again and before I could let the handbrake off the beeping started again.  I didn't want to risk reversing, so instead I jumped out the car and ventured to the rear to see what was causing the trouble.

By now I was starting to get a little annoyed and I started to reply to his last retort when he cut me off mid sentence, "Looks here kiddo, you don't wants to mess with the Zoltan when he is on an ice lolly break!".

Five minutes later he finished his ice lolly and moved out of my way, and I could finally be on my way to work...