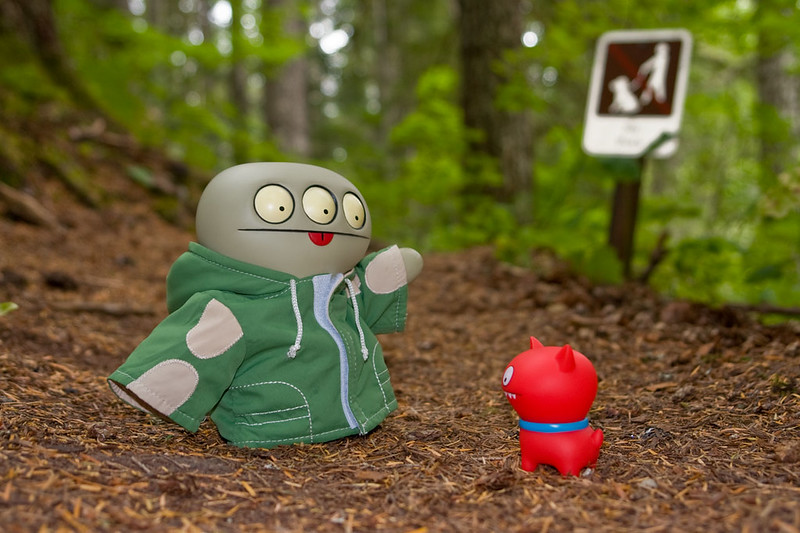 With Rolf joining us to visit Mount Rainier National Park today we made sure that we stopped often enough for him to stretch his legs (strangely enough the little guy never seems to need a pee or poo).

We stopped off at a small rest area just before Box Canyon where signpost pointed towards the "Wonderland Trail".  Cinko was so excited at the fact that we may just have stumbled on Alice and the Mad Hatter that he quickly put on his jacket and beckoned to Rolf to come with him on the trail.

They only managed to get a few metres into the trail before Cinko came to a halt and turned to Rolf.  "I is sorries Rolf, they has a sign which say no dogs is alloweds!".

Rolf's eye slowly moved downwards in sadness at not being able to hunt for Alice on the Wonderland Trail, and even though Cinko really, really wanted to continue he decided against it, "Rolf, we is like 'Muskytears', we is one for alls, and alls for one, so when you can nots go furthers then I don'ts either!".

Back to the car they hopped and skipped with Rolf happy that Cinko considers him a key member of their "Muskytears" team.  "We finds somewheres else to go explores, okays Rolf!", to which Rolf barked in approval.