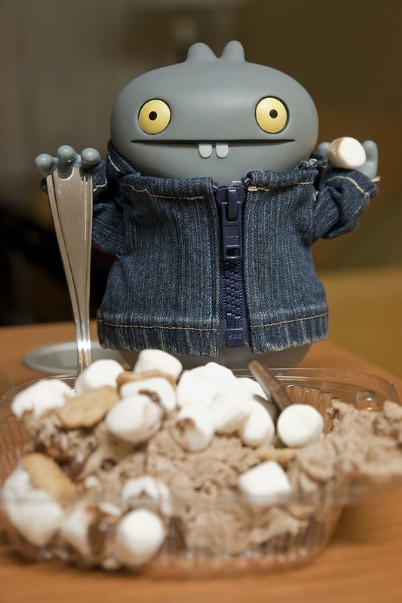 Afters me being so jetlaggered I was in the right framers of minds to tries and gets my sleeperings patterns back to normals again.

Baz suggestered that maybies we should goes to one of the locals restauranters which sells awesomer cakes and pies.  Baz tellered me that they has a ruler that you has to be ables to finisher your dindins firsts or they won't gives you a cake, I's not too sures I believers him but I eaters all of my dindins anyways!

It takers Baz 6 attempters to takes this photomagraph, and each timer I couldn't resister the marshermallow I was holderings in my hands, and I ended up eatering them befores he could presser the shutters button, ha ha ha!

I reckons the caker will definitelies do the tricker, as the sugars intaker alone should keeps me awaker for a few hours at leasts.