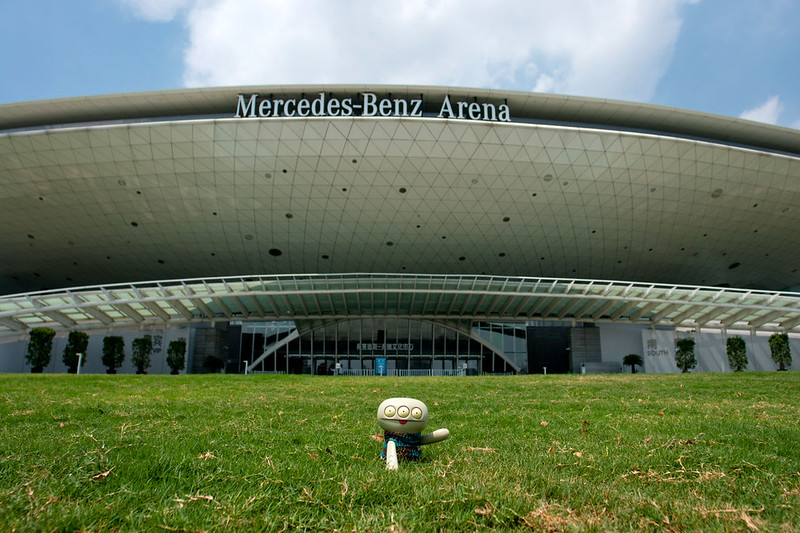 Cinko: "Tells me again why this is Uncle Benz Rices Arena"

Baz: "And chinese like to eat lots of rice, don't they"

Baz: "Where else would be the best location to sell rice to the millions of people who live in Shanghai than such a huge arena!"

Cinko: "Hmmm, but why does it say Mercedes-Benz?"

Baz: "Simple, they contract Mercedes to deliver the bags of rice!"

Cinko: "If you says so, but I'm not convincereds yet, I'm off to askers to speaks to Mr Benz right now, is you comings with me or nots?"