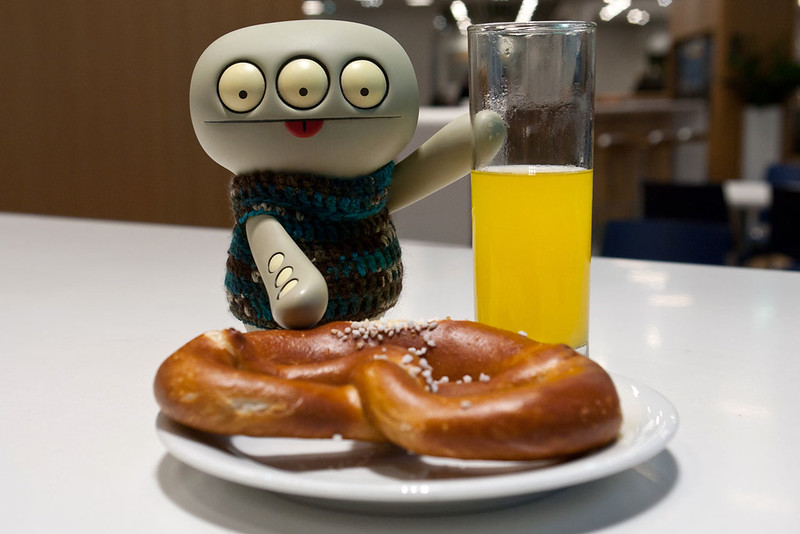 Justs when you thinks that todays adventurers was goings to be a borings trip backs to Chinas, Baz pullers off a flyers one withouts me knowings about it.

It all startereds when Baz was zipperings up his suitcaser this mornings and he askereds me if I was all readies to go,  at that very moments I wasn't, nots at all, I was so useds to being backs in the cookie cave that I didn't wants to traveller again.

Thens came Baz's stroker of geniuses, he did some wizarding on the internets and suddenlies he knewereds that the lounger downs here in Frankfurters hairyport would has bretzelers, yuppers, you hearereds me rights, bretzelers!

Afters my Oktoberfesting funs in the lasts week or so, I just can't resists these badboys!