Ugly Adventures #0413 - The Best Seat In The House 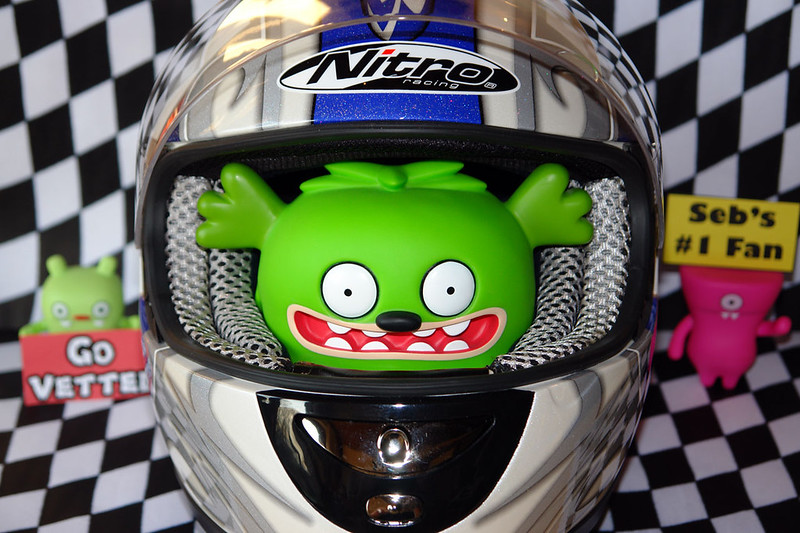 Today see's the 2nd race of the 2010 Formula 1 season take place at Albert Park in Australia, and regular visitors to my stream (or even just the Adventures in Uglyworld and Project 365 sets) will already know that the little guys here in Aachen are all massive Sebastian Vettel fans.

This morning everyone was awake early (even earlier than they wanted to be thanks to the 1hr shift into Summer Time which happened last night here in Central Europe and the UK) in a bid to claim their favourite spot on the couch to watch the race live from Oz.

Choco had asked me yesterday if he could borrow something of mine for during the race, and until this morning I had no idea what he was looking to do - he was simply buzzing as he pulled on my crash helmet with his huge grin clearly visible through the visor which remained open, to which he added, "...is better when open, as then I feels the air on my face more".

I thought for a second about explaining to him that he was sitting stationary on the couch watching the race on TV, but decided to let him have his fun in whichever way he deemed to do so.

Jeero and Wedgehead thought the helmet idea was great and hustled in alongside Choco with their handmade signs which showed their support for Sebastian who is starting from pole position. Hopefully he can get through the race without any of the bad luck that saw him have to drop down the rankings in the closing stages of the first race of the season.

I hope you're all ready to cheer as loud as these guys are already (and the race has still to start).