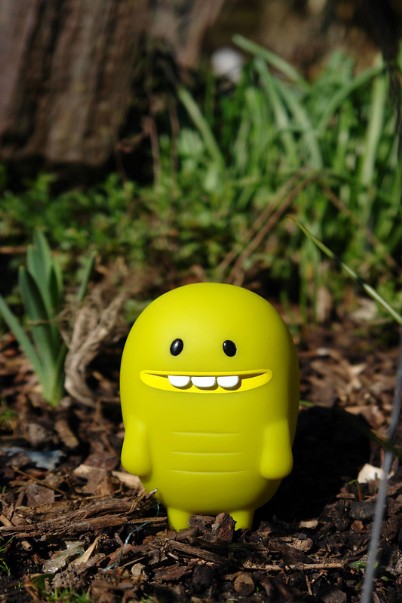 After seeing the tears flow down Choco's face at the drama which ensued for Sebastian Vettel in the Formula 1 race from Australia, Wage decided that he should take it upon himself to organise some extra moral support for the big green guy.

After making several phone calls (I'll upload a pic of this later when I get some free time) he told myself and big Babo that we should be on full alert for anyone arriving in the next couple of days to support Choco and Sebastian in this weekends race which takes place in Malaysia.  I asked Wage if he could tell me who was all coming, but he said it would be more of a surprise if we didn't know either.

Fast forward a couple of hours and I'm taking some trash out to the bins when I realise there's something moving in the bushes, everytime I stopped moving the noise would stop too, so I had to do a sneaky peek around while still walking along - you can imagine my surprise when I noticed it was cousin Turtle.

He said he couldn't ignore Wage's call for help and had passed the word out even further to everyone he knows in Uglyworld to help too!!!