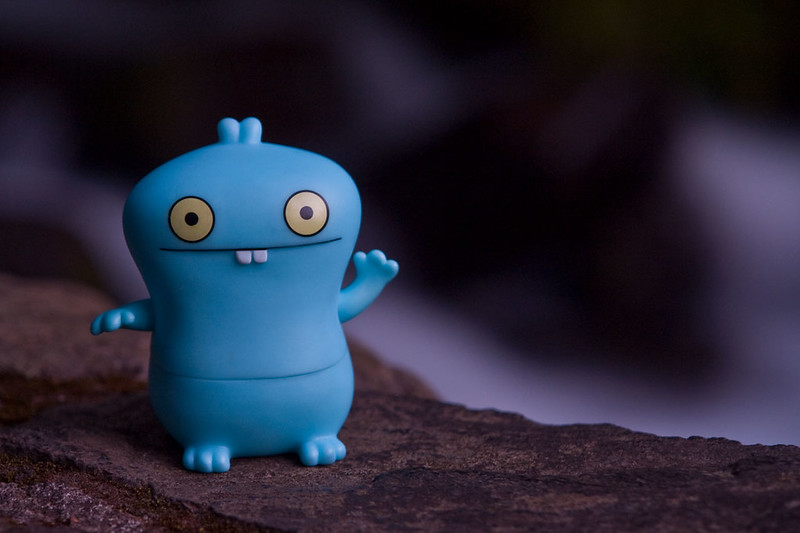 With the evening flying in my plan to head to Hyu Mountain near Mount Hood to shoot the Perseid Meteors and Milky Way was getting closer and closer, but with Babo's request for waterfalls to be visited I had to make a couple of detours before we left the South shore of the Columbia River to keep the little guy happy.

We stopped off at Multnomah Falls and 2 of the other high waterfalls that drop off of the cliffs to the South and Babo asked if he could have his picture taken beside the water flowing down from Multnomah Falls.

I had been shooting long exposures of the water to give it a silky, flowing look, and once Babo realised this he asked if he could become part of the long exposure too.

Now, before I could answer that question I have to explain once again to you all that an Ugly staying still for anything more than a few nano-seconds is somewhat of a miracle, as they are so full of energy and when you combine that with their never-ending desire to acquire cookies "motionless" is something that they really can't do.

Babo however managed to amaze me with his statue-like pose for this 13 second long exposure, he didn't flinch, wobble, breathe or blink the entire time.  He later told me, "Well you see's, I wanteds to see all of these wateryfalls, and having my photos taken with them is proofs that I was theres, so I must makes maximums effort not to moves!".