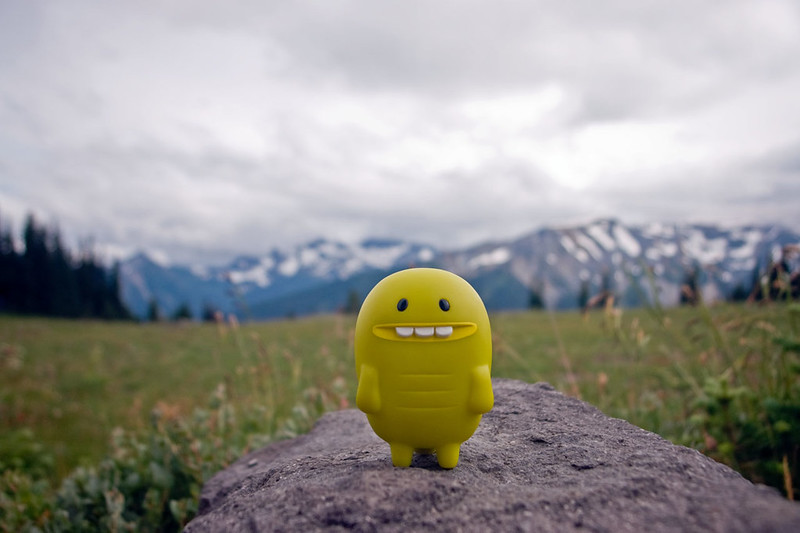 Turtle had been looking forward to us arriving at Sunrise Visitor Centre all day, as from there he had planned to go exploring the wilderness which surrounded it.

After hiking for several miles in the direction of Mount Rainier's peak he stopped off to have this picture taken for Turtle Time Magazine.  Shortly after this pic was taken the cold weather took it's toll on the camera and prevented any further shots of his daring ascent up the mountain.

Upon his return to "base camp" he told us, "The view from ups there is somethings else, the visitors centre looks likes a little toys house, with ants moving around outsides it!".

The life of a travelling turtle is never dull!