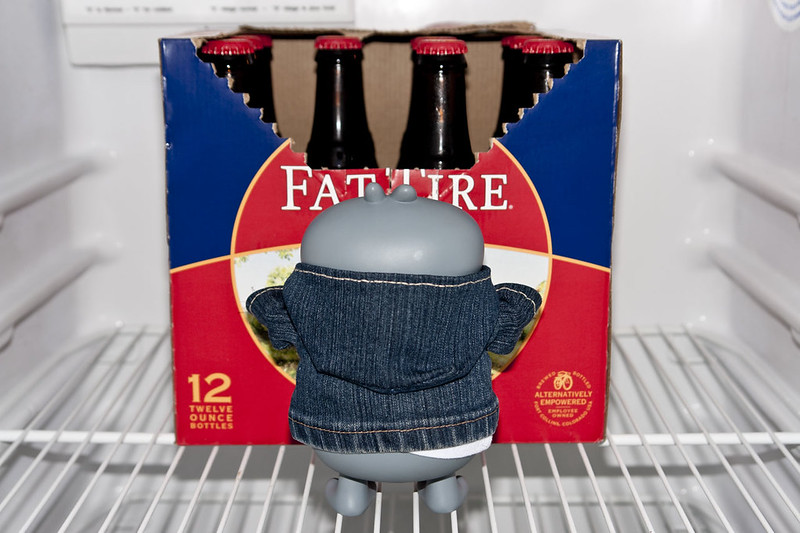 My insomnias is startings to drivers me mentals, my clotherings feels like they weighers twenties tonnes and every footstepper I takes seems to takers an eternities.

I feelers like I is ats my witters end, so it's times to uses some of the knowledgers that I has soakered in from travellings with Baz for so longs now.

When Baz can't sleepers he turners to beers to helps him snoozies, so this mornings when he was going to workies I waitered until the hotels door clickies shut and then I checkered out what we has in the colder cupboard thingie that you all calls a fridger.

Luckilies for me I finders that we has some beers with a funnies name on them stockered up, so I is going to gives it a trier, fingers crossed I can finallies get some sleepies with their helpers.  Fat tires, ha ha's, and they even has a littler bike on the fronts of the bottlers too!