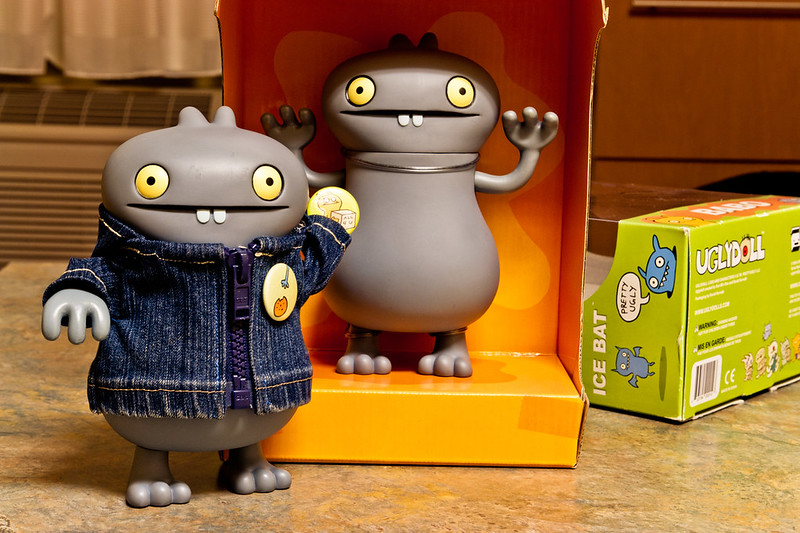 Tonights I was sittering at the lappertop readings all of you guys and gals commenters abouts the way I hads been treatering my stunters double since he arrivereds, and I musts admits that I was feelering guilties!

I tolds Baz I hads to go sees a man abouts a dog, which evens though it puzzlereds the hells out of him, he acceptereds what I saids, and I runnereds off to wheres I had pulleds my "Bear" trick to gets ridder of him.

Thankfullies none of the localler squirrelies had runnereds off with him, and he was stills in the same spotter, so I bringereds him back to the hotels room, letters him breathes outsider of his transportamanation pod and makers it ups to him by givings him my treasureds Wage badge to wears.

He seems to have forgivereds me, at leasts I hopers so, as then I will has another pair of handies to keeps me some cookies when we gets back to the cookie cave on Fridays!

You may noticer that I leavereds him insiders of his restrainers, I thoughts this was bests as by the lookers of things he has nevers been outs of them and more importantlies I was worried he would jumpers out and kickers my ugly butts!