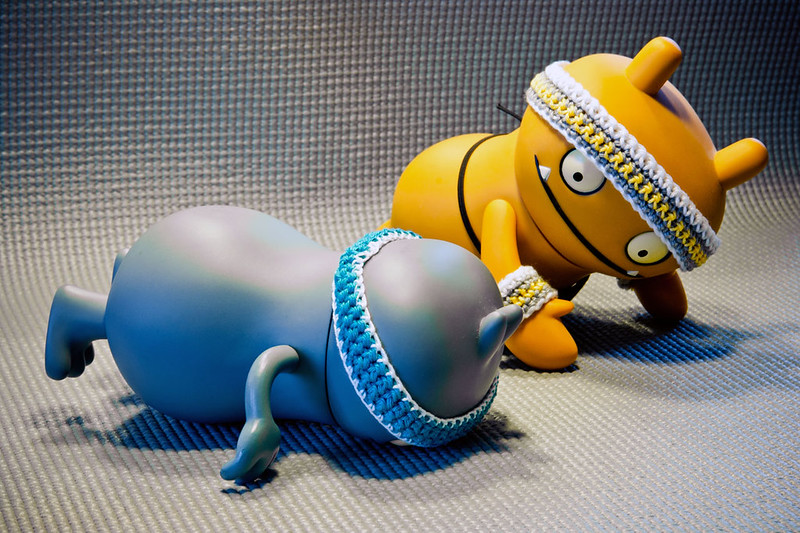 Incase you're in the dark about what's going on here, Babo has challenged Wage to compete against him in 5 events, with the eventual winner being the one to accompany me every day next year.

The 5 events chosen for their competition are:-

With the rules being very simple:-

Eachers competimitor musts takers parters in 5 discimiplines, withs there beings a clearers winner of each eventer and the firsts competimitor to wins 3 of the 5 eventers will be declareds the winners.

Both Babo and Wage started off with an intense flurry of press-ups, but once the pair broke through the 60 milestone, Babo began to fade, and fade quickly!

"sixty one's, siiiixty twoooo's, siiii....", and wham!, Babo faceplanted the workout mat in exhaustion, while Wage continued onward to complete his 100 push-ups and take the first win of the competition.

Stay tuned for Event #2 which will be coming up a little later on...