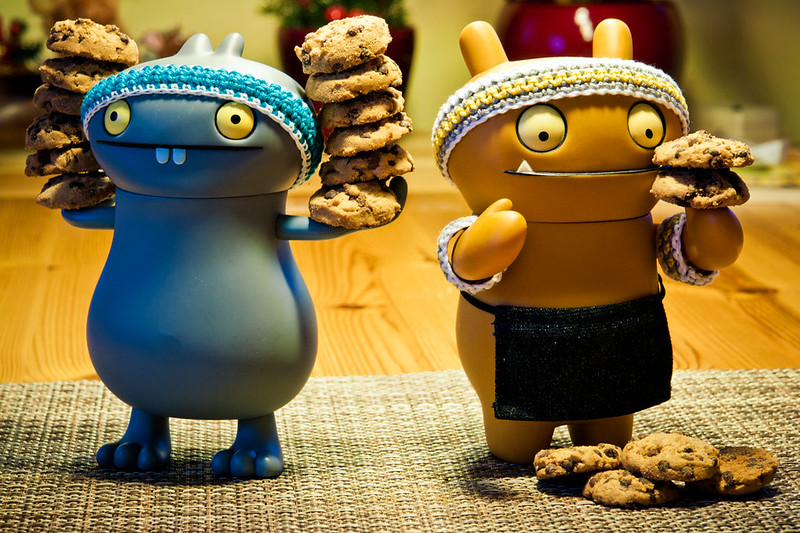 Even as the pair of Babo and Wage prepared for the start of the Cookie Balancing event the mindgames were on, as they jostled each other for space in the "compemetitions area" as they kept referring to it.

"Smells good doesn't they", Wage suggested to Babo, who replied with "Justs remembers to balancers them and nots eater them alls, ha ha!".

As the whistle blew the pair began stacking cookie after cookie onto their arms, resisting the temptation to forget the competition for a second and take a bite...

Both had 5 cookies balanced nicely on their first arm and were starting to work on their second arm when disaster struck.  As Wage lifted his sixth cookie the tower of 5 began to wiggle side to side and there was nothing he could do to stop them hitting the floor in front of him.

Even now as Wage gets his head sorted out before event #4, Babo is still parading around with his 12 cookies stacked high on his arms, posing for photographs!

"Checkers me out, wooohooo, strongerests ugly of the worlds!!!", he kept shouting to the worlds press who had gathered to cover the outcome of the event...

Stay tuned for Event #4 which will be coming up a little later on...