Ugly Adventures #0403 - The Lobster Is Under My Control Now 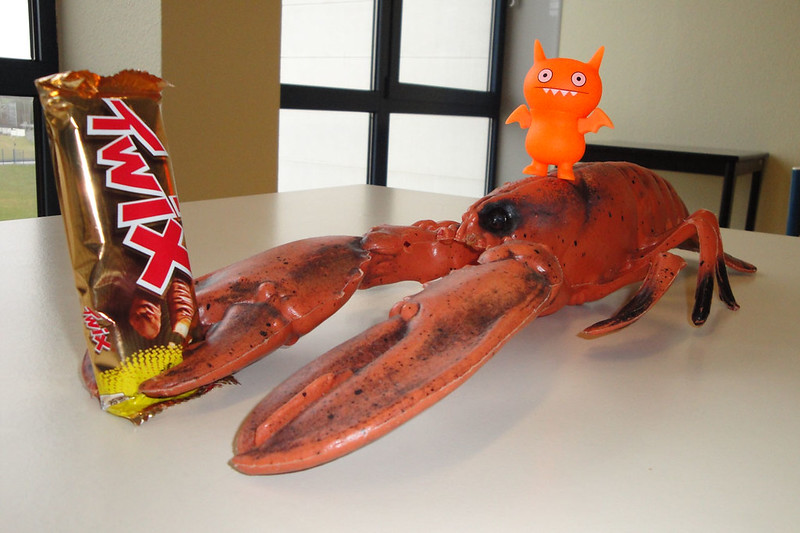 Some time had passed with no sign of Ice-Bat returning, so I decided that it was time to head out into the corridors of the factory and track him down.

No sooner had I turned one of the corners into the area near the cafeteria I heard chants of "yeeeehaaaaaaaa" getting ever closer, not knowing quite what to expect I decided to just sit and wait where I was as by the sounds of it whatever was making the noise would be in the same area as me within a matter of seconds.

I couldn't quite believe my eyes when the culprit(s) came flying round the corner at quite some speed, Ice-Bat standing on top of a huge lobster which was clutching a bar of Twix in one of it's claws.

When Ice-Bat saw me standing in his path he shouted, "Baz, I woulds move as I may looks like I has totals control of this beast, but he has much of a mind himself too".  I didn't move and so Ice-Bat shouted, "Wooooooooah, Larry, woooooooah!!!".  Thankfully Larry decided to bring himself to a gradual halt, personally I think he was glad to get a chance to catch his breath again.

Ice-Bat explained that after discovering the cafeteria was closed, he then befriended Larry who assisted him in scaring someone working in another part of the factory which allowed them to steal the persons Twix (which explains why they were in such a hurry to escape).  I made him take Larry back to his own area and also to go and apologise for stealing the Twix, Ice-Bat managed to get lucky as he was told he could keep the bar of chocolate as long as he promised not to go racing through the corridors on the back of a giant lobster again...what a fun-filled day in work this has been so far!!! 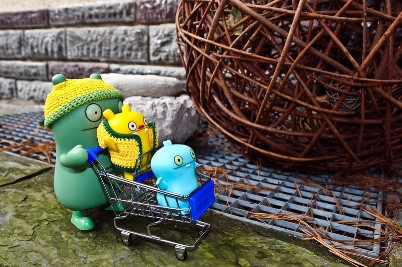